Bar George officially opened its doors in May 2017 in the heart of downtown Montreal, and is proposing an excellent British-inspired menu in a gorgeous setting.

Bar George moved into this heritage residence formerly owned by Sir George Stephen (hence the name ‘George’) at 1440 Drummond St. The entrance is via the main steps of this superb building, and outside to your left is the terrace with about 50 seats. The façade of the building is impressive and upon entering, the building’s interior surroundings and history is dazzling! This address is also featured on our list of the most beautiful bars in Montreal.

Once inside, you come into a corridor dividing the various spaces with the bar on the left, dining area straight ahead and the Mount Stephen Hotel on the right. The bar section has been decorated in shades of red, has very good lighting and the 40 seats are mostly surrounding a huge round marble-topped bar in the centre of the room. In the 80-seat dining room, the tones are mostly green and black. A long, comfortable leather khaki bench seat marks the centre of the room; chairs are grouped around the tables and the walls are covered in tapestries and frames. The interior of Bar George is almost completely covered in the most stunning wood panelling and it is all magnificent. Métaphore Design has carefully rethought the space of each room. “I love that we are making this building accessible to everyone,” says Anthony Walsh, Executive Chef.

With the opening of Bar George, the inside of this historic Montreal building is finally accessible to the public, thanks to the team  behind the project – Oliver & Bonacini Restaurants Group (O&B) along with Anthony Walsh as the Executive Chef. Oliver & Bonacini are one of Canada’s most influential restaurant groups with establishments such as Leña, Canoe, Jump, Luma and several others.

First off – chef Anthony Walsh was born in Montreal and has been in the O&B group since 1996. He now oversees the kitchens of all their businesses that make up O&B’s diverse portfolio of restaurants, reception spaces and catering services. He is the one who ensures that each menu is up to the mark and reflects the character of the space. He is a great chef who has remained humble and likeable.

Anthony works with the team on all the dishes, but in the kitchen, it is chef Kevin Ramasawmy and his team who are behind the ovens. A native of Mauritius, Kevin decided to settle in Montreal at the age of 19. He quickly fell in love with the city (understandably) and decided to stay. He started his career in the dining room before moving into the kitchen and has worked under chef Stelio Perombelo (ex Toqué!, Leméac, and now chef at M Mme). In 2001, Kevin moved to Toronto where he met Anthony Walsh, who quickly became his mentor. He then worked in New York’s Daniel Restaurant with owner Daniel Boulud before returning to Montreal and Bar George.

At Bar George, the clients enjoy a menu of local products with Irish and British accents – “where George originally came from, but clearly with Montreal influences. The menu pays homage to home cooking, set in a beautiful home”. The menu is seemingly simple, but the ingredients are of high quality and the elevated technical mastery in each dish is apparent. You can enjoy breakfast from 7am and a brunch, lunch and evening menu are available in the restaurant room. Bar George also offers small bites at the bar, from daytime until night – pâtés, tartars, hamburgers, smoked fish, ploughman, chicken liver, etc.. We were impressed by the accessibility of the prices (especially for the location and downtown) and the quality and simplicity of the dishes – we have a special crush on mackerel and coleslaw.

Marco Gucciardi (ex Burgundy Lion) is responsible for the smooth running of the restaurant and service at Bar George. He is also behind the wine list.

“I love Montreal, I love the community here. I love the respect within the industry.” We really enjoyed the menu and that a group of influential restauranteurs in Canada has come to Montreal and created an affordable setting, and that we can finally enjoy this historic architectural beauty! 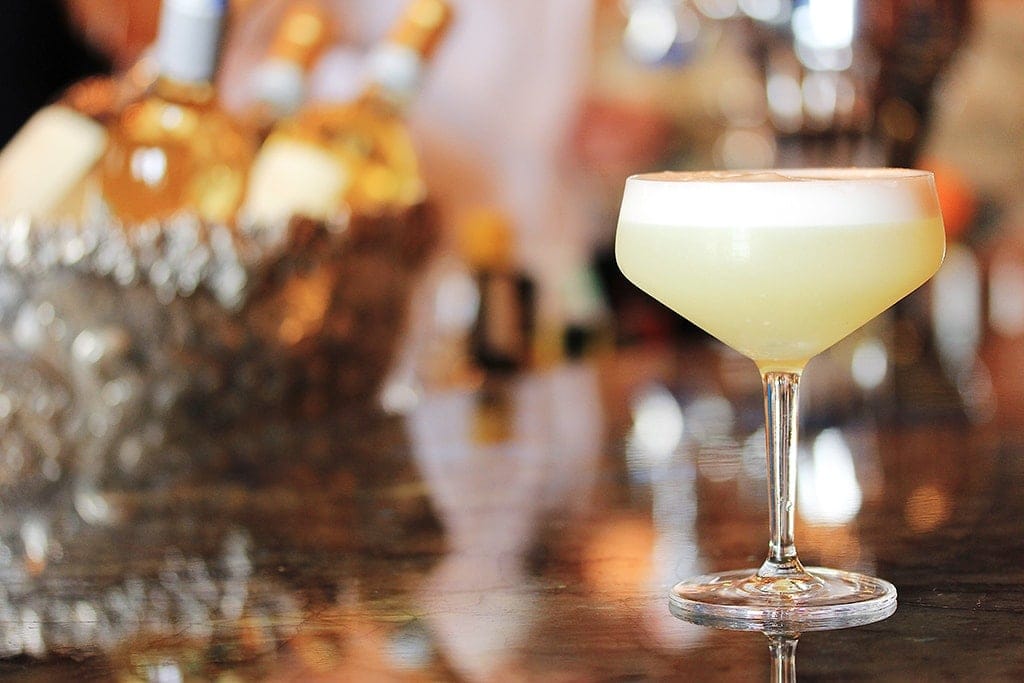 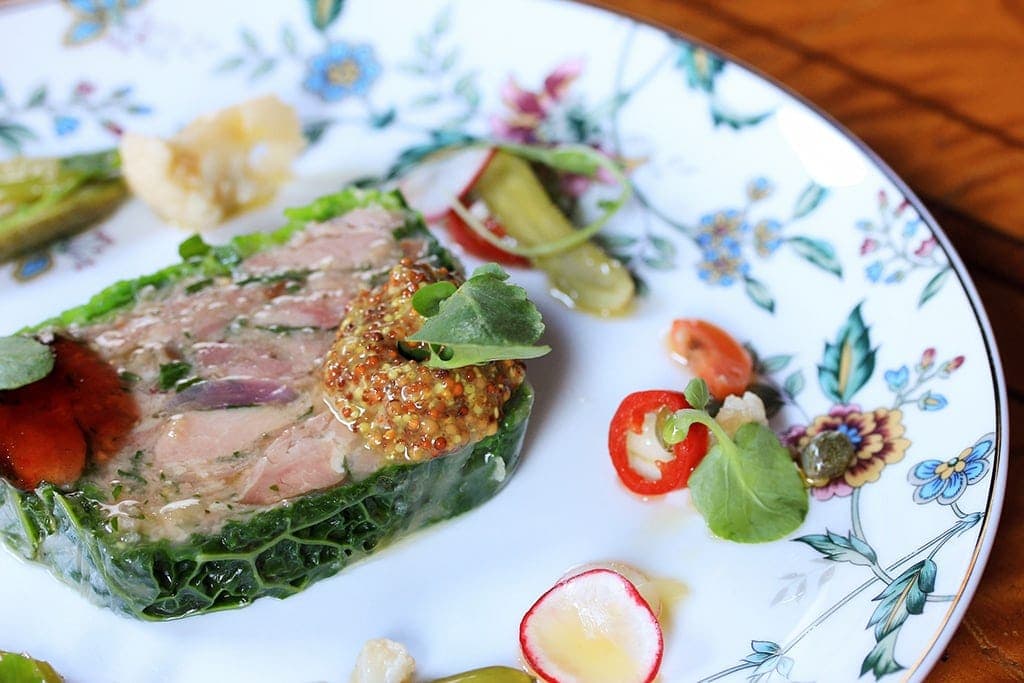 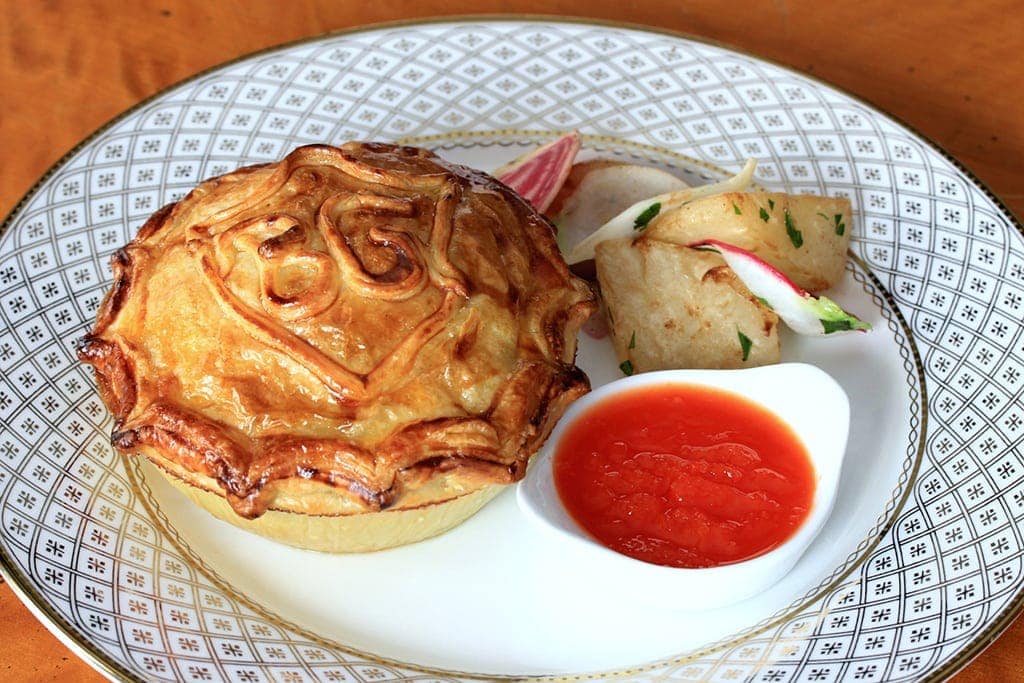 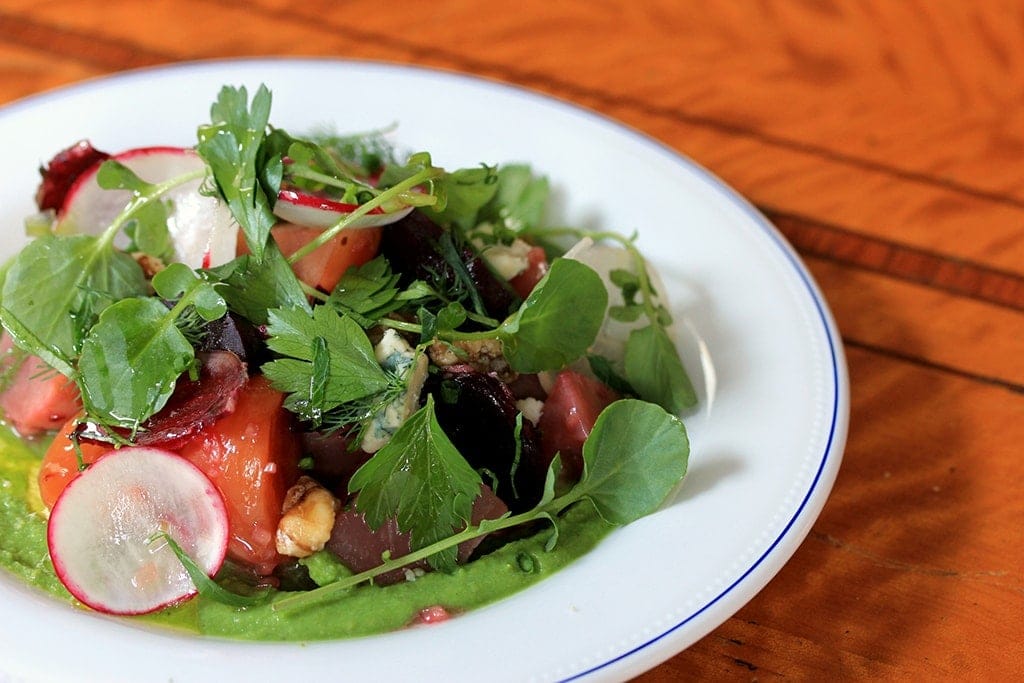 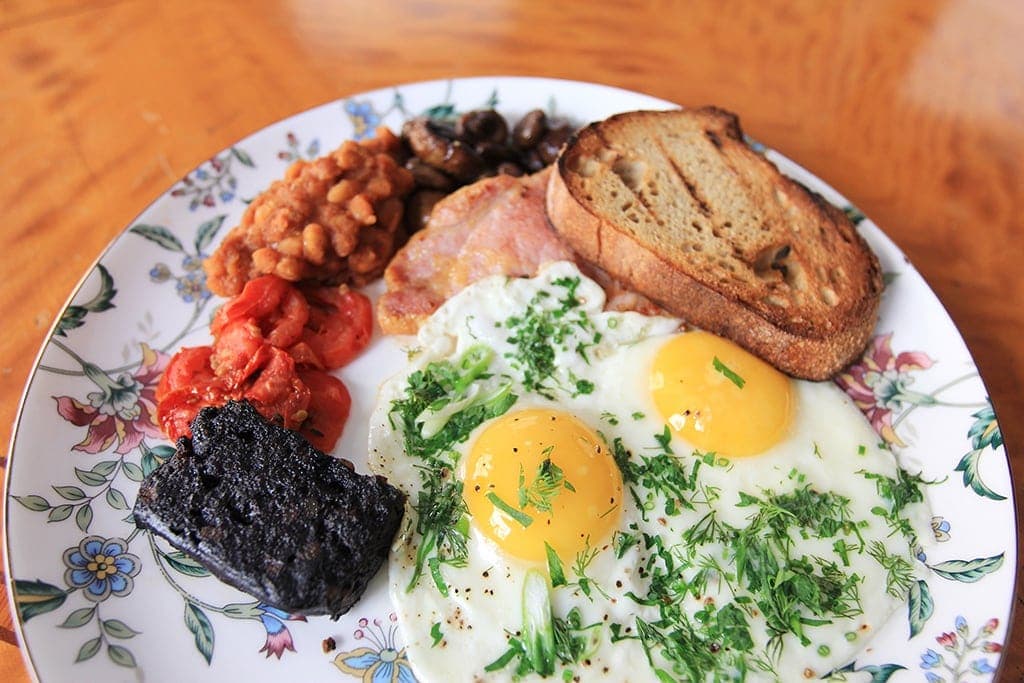 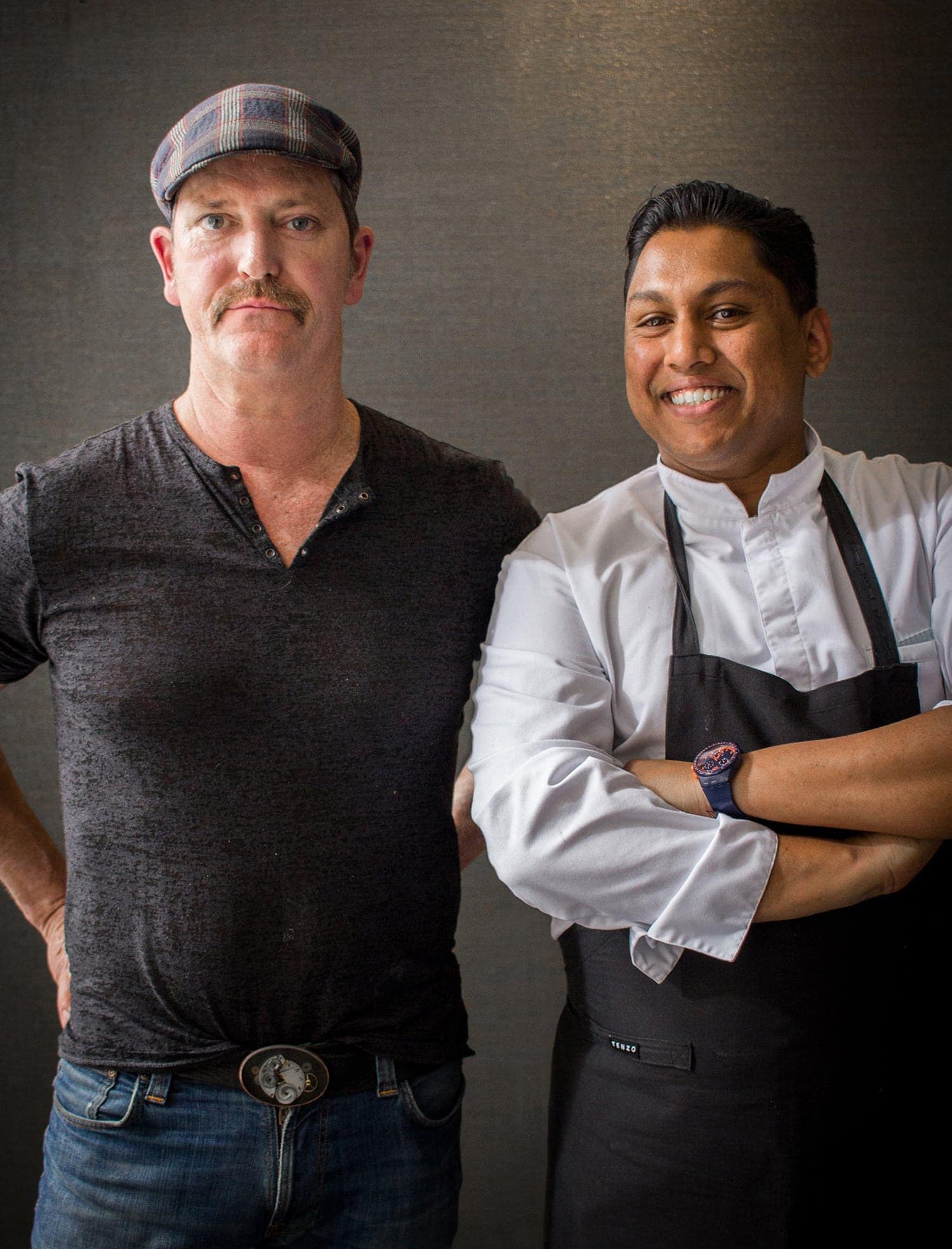 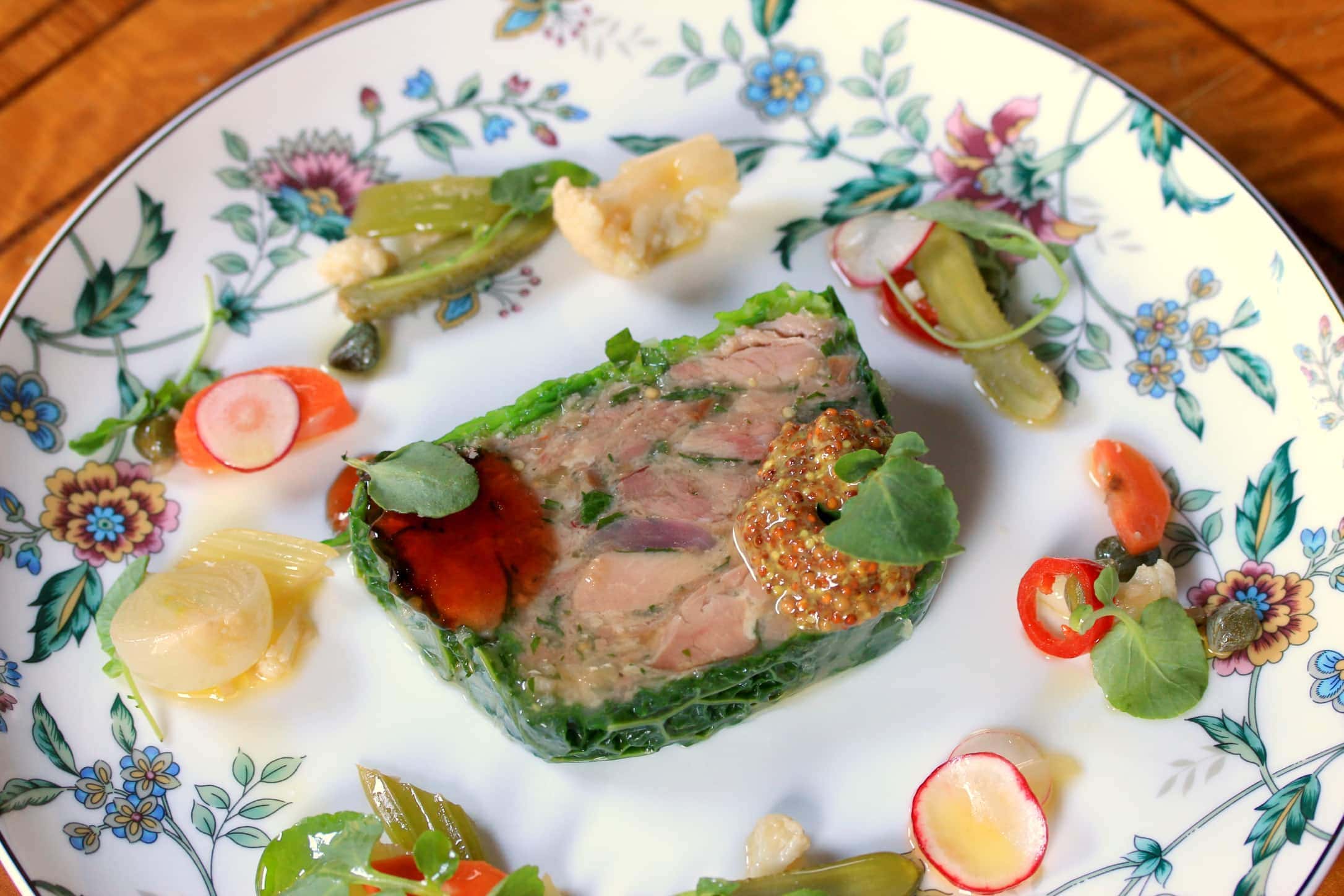 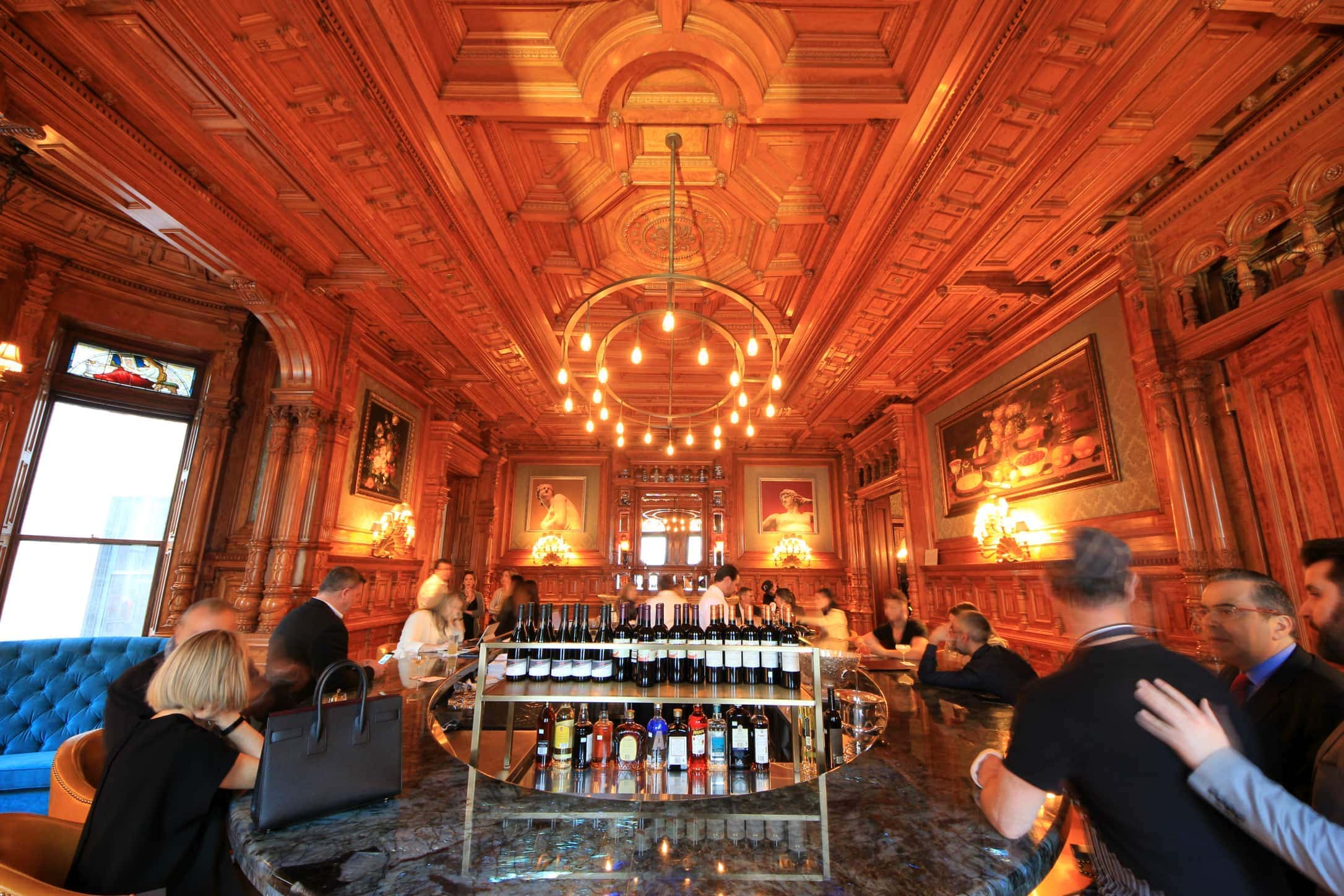 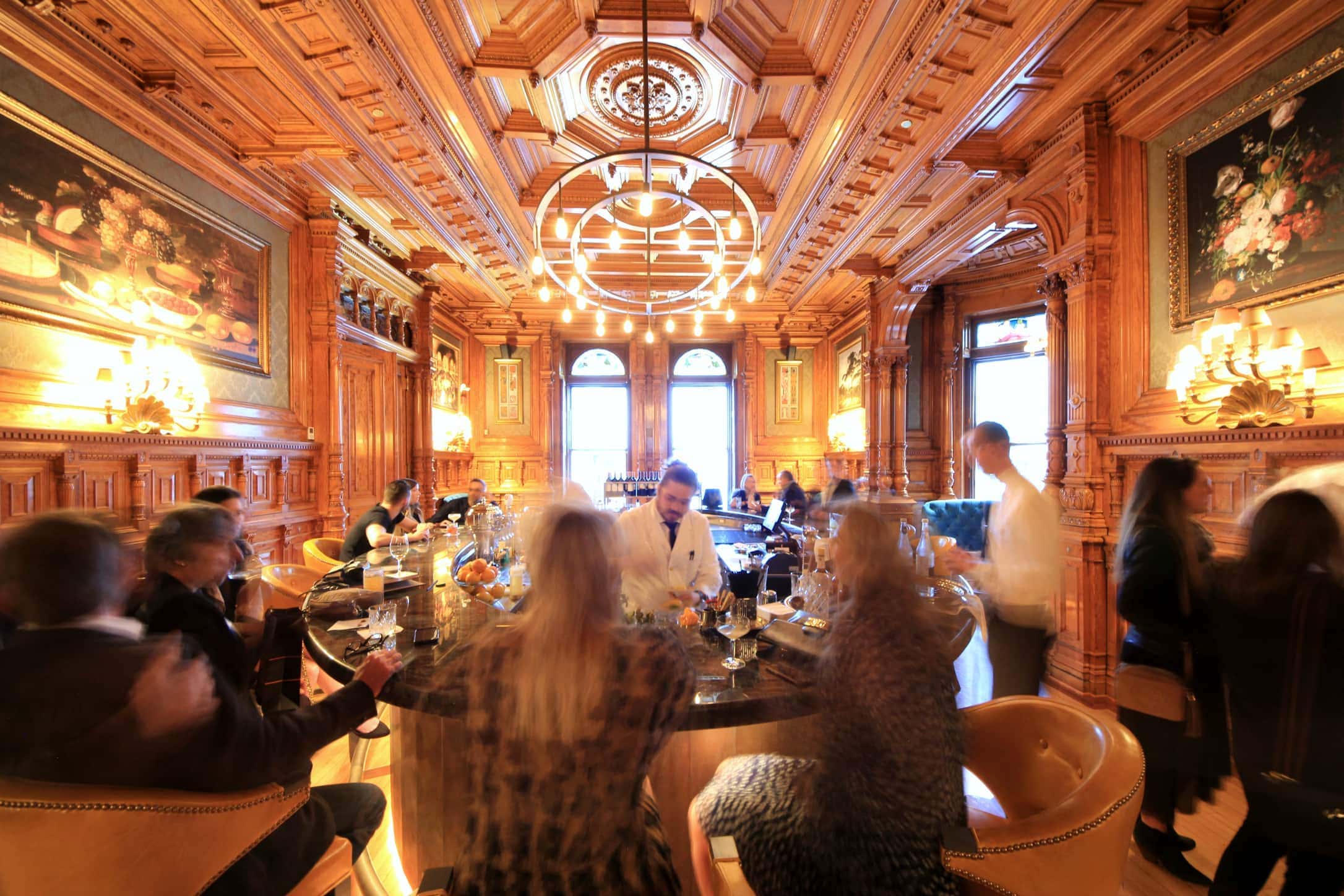 Beau Mont : the newest member of the Toqué! restaurant family

Bête à Pain Griffintown : A bakery just as it should be

Bête à Pain Griffintown : A bakery just as it should be 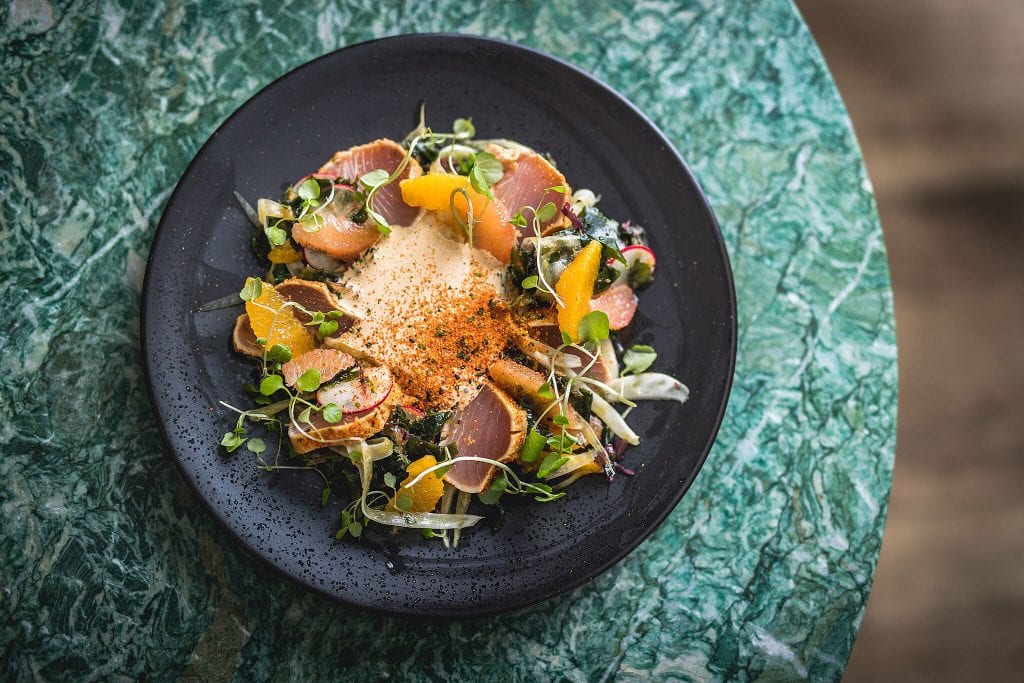