Neighborhood guide to Côte-des-Neiges: From the essential to the unexpected

We partnered with the SDC Côte-des-Neiges to uncover all the neighborhood’s classics and hidden gems and introduce you to this wonderful district, its history and all it has to offer.

We’ve concocted a guide that highlights the neighborhood’s multiculturalism and its natural, architectural, institutional and cultural heritage. It is an initiative of the SDC Côte-des-Neiges in collaboration with Tastet and made possible with the support of the city of Montréal. Ultimately, the SDC aims to promote the reach and stimulate the commercial dynamism of the district in order to contribute to its economic growth. This mandate is in line with Tastet’s own mission to help readers discover gourmet addresses in a transparent manner and support local talent.

And what would Côte-des-Neiges be without Saint Joseph’s Oratory, which just happens to be one of the city’s most popular tourist destinations? So much more than a place of worship for Montréal’s Christian community, it’s an institution for tourists from around the world.

The neighborhood’s multicultural side is deliciously reflected in its rich gastronomic diversity. Whether you’re in the mood for a quick bite with Korean flair, a casual drink with friends at a neighbourhood pub or a Russian-style table d’hôte, we’ve got you covered!

To discover Tastet’s favourite addresses on the territory of the SDC Côte-des-Neiges, download the free guides below (French only): 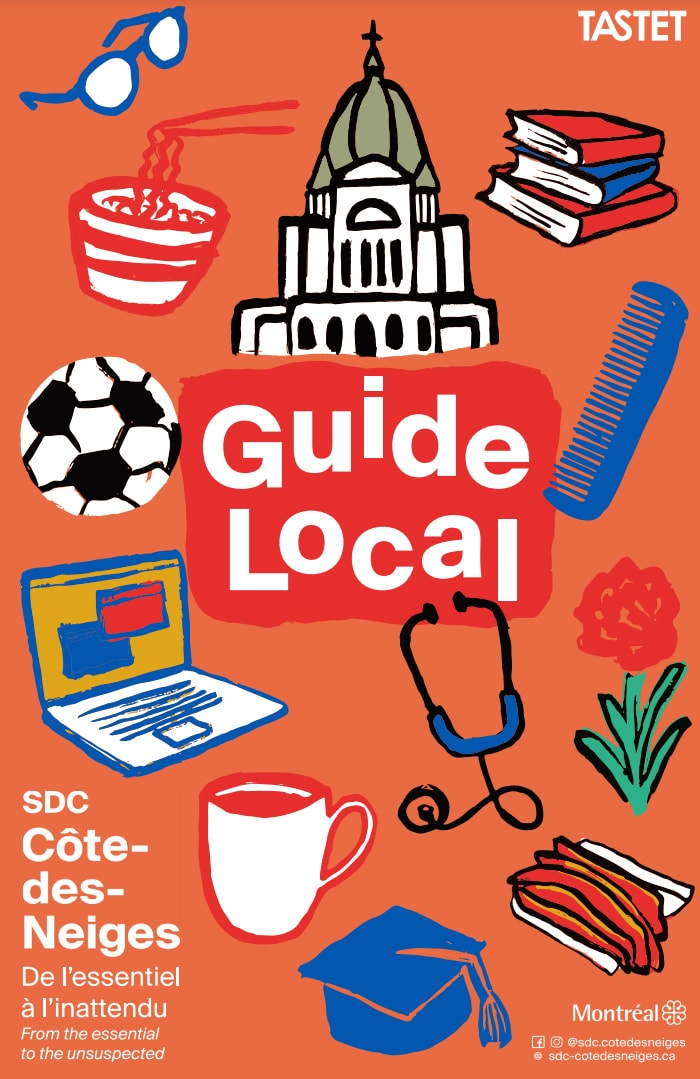 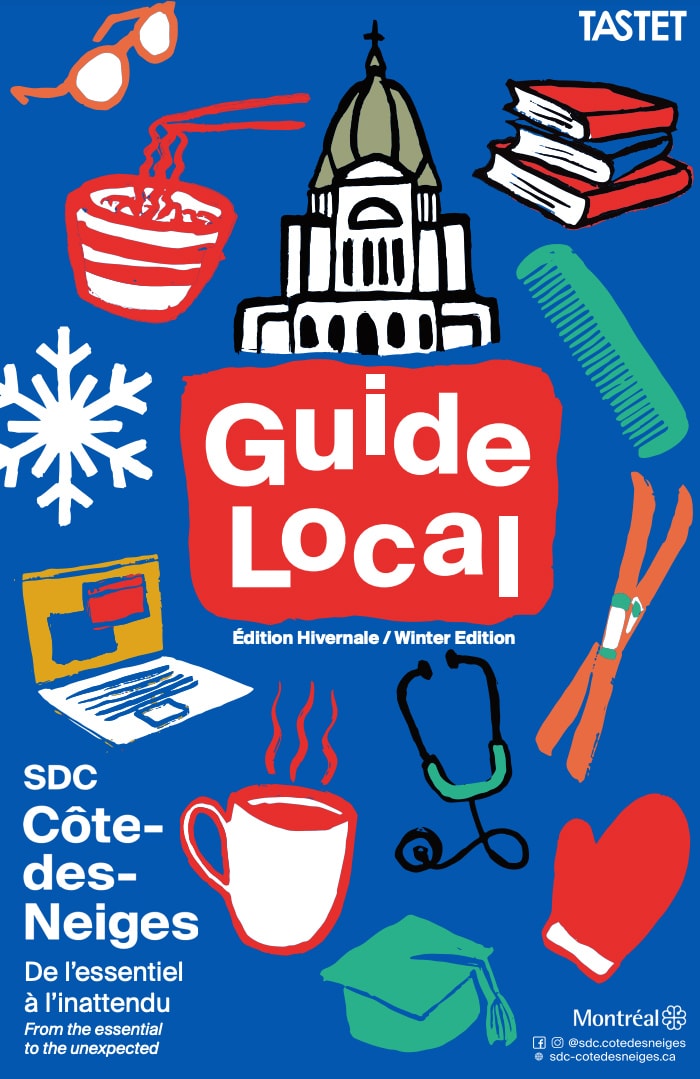 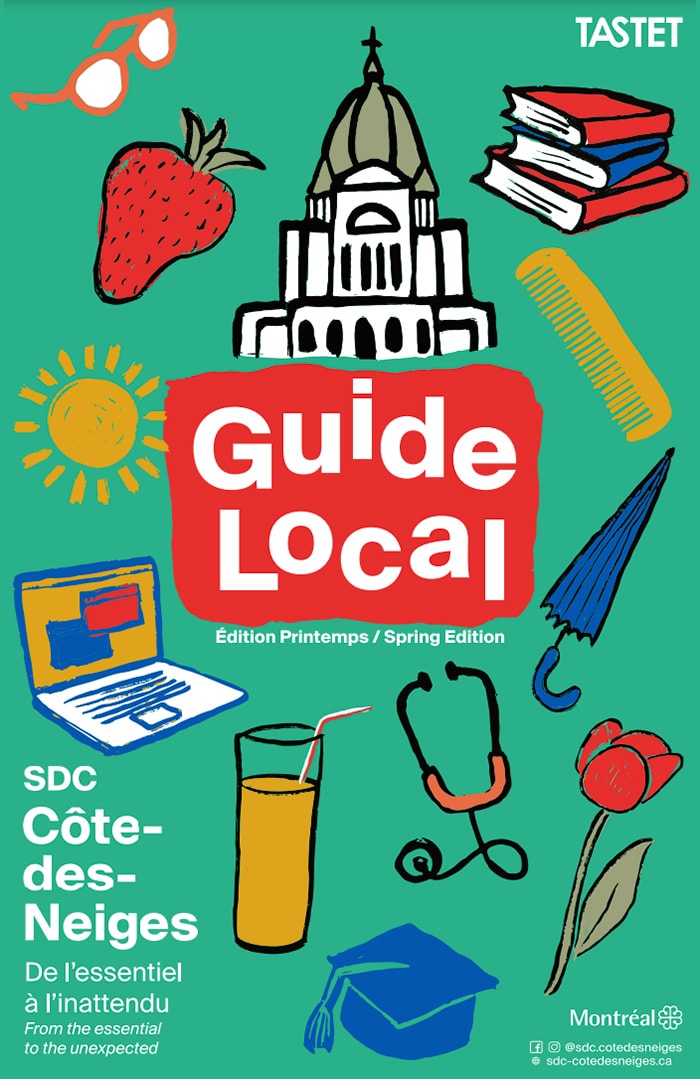 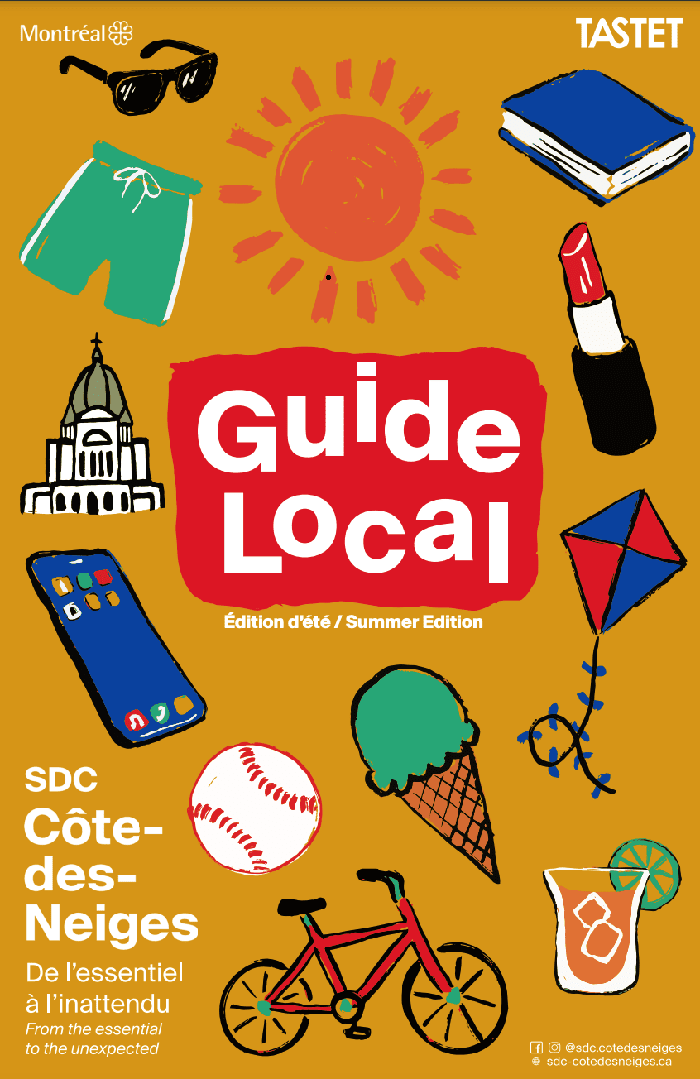 To make the most of the beautiful weather, we’ve created a guide to help you discover the neighbourhood of Côte-des-Neiges.

We are particularly excited every year when spring arrives, because good weather rhymes with terrace season in Côtes-des-Neiges.

Here are our suggestions to take away in the Côte-des-Neiges district. There, we travel through the very diversified cuisine that we find.

The SDC Côte-des-Neiges presents its Local Winter Guide, which is chock-full of activities to enjoy with family and friends.

Presented by
Ads help us keep the lights on ☺

The Tastet Guide to the Most Beautiful Terraces in Montreal

To make the most of these fleeting beautiful months, we have put together this guide to the most beautiful terraces in Montreal!

Unlike Street Monkeys, where you go to sit down and spend the evening, the restaurateurs' new project is a take-out counter.

After two long years of waiting, hard work and the pandemic, Cabaret l'Enfer opened its doors on June 1st on Saint-Denis Street.

Located in the heart of the city and right in the middle of the Quartier des Spectacles, Chomchom offers fast and tasty cuisine.

La Bête à Pain Ahuntsic is a bakery, café, counter, and restaurant, and is the first location of the Bête à Pain family.

Le Système: Dine, drink and dance on the Plaza

Le Système has two spaces, with two different atmospheres. In the front, a buvette area to eat and drink, and in the back, a room to party.

The Square Dominion Tavern has officially closed. Our interview with two of its owners, Alexandre Wolosianski and Alexandre Baldwin.

La Jeune Espiègle is a friendly neighbourhood bar with a relaxed and modern atmosphere located in Ahuntsic.

A sign-in link was sent to {{ email }}. Check your email to complete sign-in.

Having trouble logging in? Write to us at [email protected].
Tell us a little about you…
My Preferences
Subscribe to the newsletter
Make a suggestion